The academy is named after Sergeant Laurence Calvert who was a former Cockburn student. He was a member of the infantry in the British Army during the first world war. He received the Victoria Cross, the highest and most prestigious award for gallantry in the face of the enemy. His valour and determination during the war inspired all ranks in the army and will serve to inspire students for generations to come. 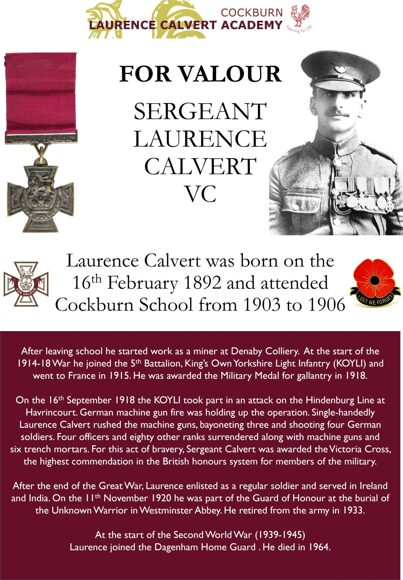